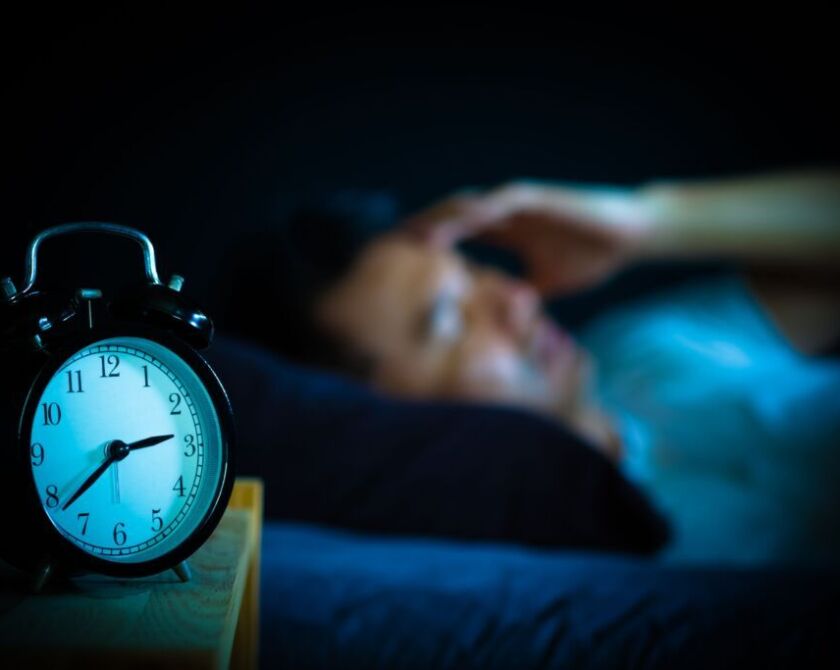 Apnoeas – Things that keep us awake

Sleep disturbances are commonplace and even dangerous in some cases: they can make us ill and increase the risk of accident. One example are nocturnal pauses in breathing with daytime drowsiness (sleep apnoea syndrome).

We spend one third of our lives sleeping. Our bodies only function properly if they can recuperate. While asleep, wounds heal, harmful cells are broken down, muscles regenerate, the brain processes experiences. In a nutshell: We sleep to be healthy. Sleep disturbances can have serious consequences. People who sleep badly are less productive during the day and run the risk of becoming ill. The hazard of causing a traffic accident due to microsleep also increases.

Just about one in three people suffer from sleeping problems. There are different reasons for this. If noise, ambient temperature or the consumption of alcohol, nicotine and opulent food in the evening are to blame, the persons concerned can help themselves. “If a person wants to sleep better, they should first pay attention to their sleep hygiene,” advises Nikos Kastrinidis, senior physician at the USZ’s Department of Otorhinolaryngology, Head and Neck Surgery. This also includes going to bed at a regular time. Sometimes the nocturnal unrest also arises from stress, mental problems, pain or medication

From problems with falling asleep to breathing trouble

Sleep disturbances take many forms: Alongside problems with falling asleep and staying asleep, these include breathing disturbances or nocturnal leg movement (“restless legs”). A muddled day/night rhythm (jet lag, shift work) also poses a risk to recovery. Some people are drowsy during the day despite restful nights (“hypersomnia”). Others sleepwalk, talk or grind their teeth – while this does not disturb their sleep, it can however cause other issues.

Simple snoring does not normally have any impact on the quality of sleep of those affected and does not necessarily have to be treated, says USZ specialist Kastrinidis. If snoring is, however, accompanied by pauses in breathing (apnoeas) with a fall in the oxygen level in the blood, sleep may be abnormally fractionated, i.e. interrupted. This is referred to as obstructive sleep apnoea syndrome (OSAS). The consequences can be seen during the daytime. “People suffering from daytime drowsiness in addition to snoring should consult a doctor,” says Kastrinidis.
The syndrome is relatively common; one man in seven and one woman in twenty is affected. One of the most important risk factors identified so far is being overweight. Treatment is possible. A face mask is generally recommended as a first measure. Such face masks provide for improved breathing and additional oxygen (CPAP therapy). If the patient does not tolerate a mask of this kind, a customised jaw splint worn at night can be tried. Depending on the circumstances, surgery is an option. Operations on the tonsils and the soft palate or on the jaw can bring about a cure. “Thanks to digital assistance, jaw surgery has never been so safe and well-tolerated,” says Thomas Gander, head physician of the USZ’s Department of Cranio-Maxillo-Facial and Oral Surgery.
People suffering from sleep disturbances can track down the causes at the USZ’s Centre for Sleep Medicine. Pneumologists, neurologists and psychiatrists offer joint sleep consultations as well as follow-up examinations and treatment. The special consultations of the Department of Otorhinolaryngology, Head and Neck Surgery are specifically designed to deal with sleep apnoeas and snoring as well as surgery on the palate, tonsils and tongue base; the special consultations of the Department of Cranio-Maxillo-Facial and Oral Surgery specifically address splints and jaw operations as alternative treatment options.