COVID-19 was considered to be a lung disease. Up until now, it has been unclear as to why patients are sustaining life-threatening organ failure in organs other than the lungs. An interdisciplinary team from University Hospital Zurich has now shown that SARS-CoV-2 directly elicits inflammation in blood vessels and that this can lead to organ failure and even death.

The first COVID-19 patients with severe progressions of the disease suffered mainly from viral and difficult-to-treat lung inflammations as a complication. This is a typical illness connected to coronaviruses, as they primarily attack respiratory tracts. Doctors realized, however, that an increasing number of patients were displaying cardiovascular problems and multiple organ failure and it was unclear as to whether and to what extent these were connected to the inflammation of the patients’ lungs. As it mainly affected older people, doctors assumed that the strain placed on patients by the virus was triggering cardiovascular problems that are typical for this age group.

Changes and SARS-COV-2 in every blood vessel

During analyses of tissue samples taken from deceased COVID-19 patients taken following an autopsy, pathologists at University Hospital Zurich have now discovered that patients are not just suffering from an inflammation of the lungs, but also from an inflammation of all endothelial tissue in a wide range of organs. In addition, pathologist Prof. Zsuzsanna Varga has been able to use an electron microscope to verify for the first time that SARS-CoV-2 is present and causes cell necrosis in endothelial tissue.

Endothelial tissue is a cell layer that acts as a protective shield in blood vessels and regulates and balances out various processes in the microvessels. The disruption of this regulatory process can, for example, cause circulatory disorders in organs and body tissue, resulting in cellular necrosis and thus to the death of these organs or tissue.

Researchers have concluded that the virus does not attack the host via the lungs, as was previously assumed, but instead it directly attacks the body’s defense system via the ACE2 receptors found in endothelial tissue, spreads and causes a general inflammation of the endothelial tissue, which disrupts its protective function. This means that the virus not only triggers the inflammation of the lungs, which then causes further complications, but is also directly responsible for systemic endotheliitis, an inflammation of all endothelial tissue in the body which affects all vessel beds – in heart, brain, lung and renal vessels as well as vessels in the intestinal tract. The consequences are fatal: this results in severe microcirculatory disturbances that damage the heart, trigger pulmonary embolisms and vascular occlusions in the brain and intestinal tract and can also lead to multiple organ failure and even death.

The endothelial tissue of younger patients is usually capable of coping well with the attacks launched by the virus. The situation is different for patients suffering from hypertension, diabetes, heart failure or coronary heart diseases, all of which have one thing in common – their endothelial function is markedly impaired. If patients such as these become infected with SARS-COV-2, they will be particularly at risk, as their already weakened endothelial function will diminish even further, especially during the phase in which the virus reproduces the most.

Dual-pronged approach to save high-risk patients

“Through our study, we are now able to provide evidence to back up our hypothesis that COVID-19 is not only able to affect the lungs, but also the blood vessels in different organs. COVID is a systemic inflammation of the blood vessels and we may now also refer to the disease as COVID-Endotheliitis,” said Prof. Frank Ruschitzka, Director of the Department of Cardiology, summarizing the findings to which cardiologists, infectiologists, pathologists and intensive care physicians have contributed.

Frank Ruschitzka also believes that treatment for COVID-19 patients must address two points: “We have to tackle viruses replication and protecting and stabilizing patients’ vascular systems at the same time.  This applies primarily to patients suffering from cardiovascular diseases and have already been diagnosed as having an impaired endothelial function, as well as to those of our patients with known risk factors for a severe progression of COVID-19.” 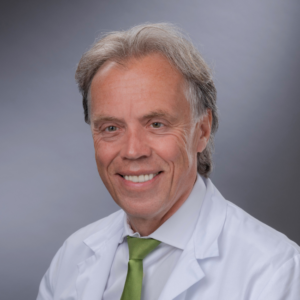 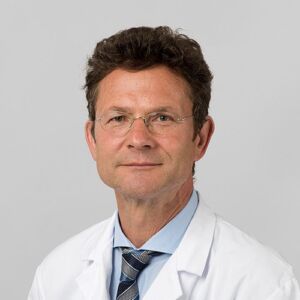