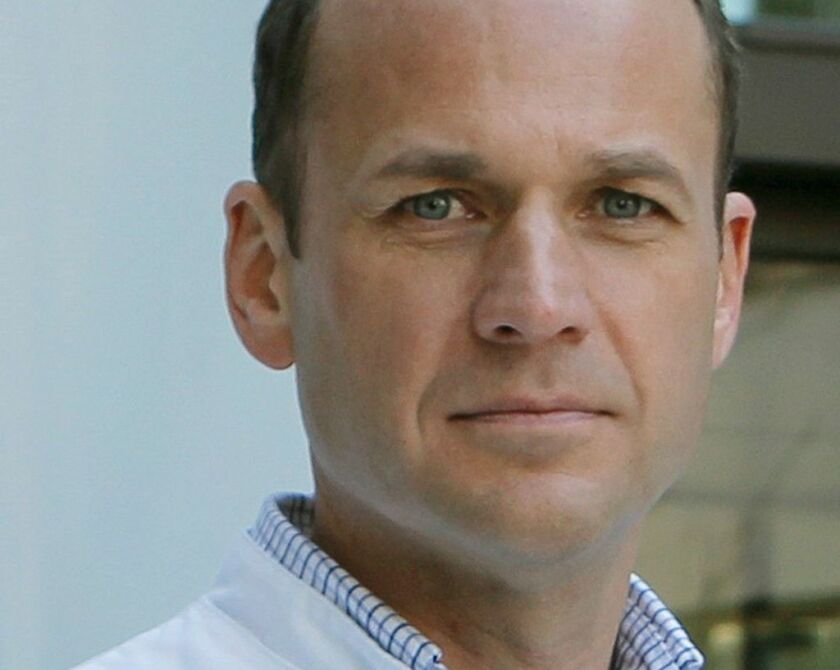 University Hospital Zurich (USZ) and the University of Zurich are opening a new deparment for vascular surgery. Its first director will be vascular surgeon Prof. Dr. med. Alexander Zimmermann. His appointment will particularly enhance the hospital’s expertise in aortic therapy and minimally invasive endovascular surgery.

The new department opened its doors in mid-April. It is the close surgical partner for angiology, just as heart surgery is for cardiology. The establishment of a separate department is a response to the trend towards increasing specialisation and international development and a step towards achieving recognition as an advanced training clinic for the specialist qualification in “vascular surgery” created by the FMH in 2015. The joint use of infrastructures such as inpatient wards and the surgical platform will continue to create synergies between heart surgery and vascular surgery.

New innovative procedures
The three departments for vascular surgery, angiology and interventional radiology enables USZ to cover the entire spectrum of surgical and endovascular vascular medicine. Aortic therapy will be developed further thanks to the expertise of Prof. Zimmermann, who is currently the director of the Munich Aortic Centre. “We will also be focusing on surgical treatment for stenosis of the carotid artery,” explains Alexander Zimmermann. This will include transcarotid stenting of the carotid artery, a treatment that has not been available in Switzerland to date. Instead of guiding the stent through the aortic arch to the constricted area, this innovative procedure involves inserting the stent through a small incision above the clavicle. This method is less stressful for the patient. “Another area of central importance will be the treatment of peripheral arterial occlusive disease,” adds Prof. Zimmermann. In this context, special attention will be paid to surgery aimed at preserving the patient’s extremities, performed in close cooperation with the department of plastic surgery.

More complex cases
The number of highly complex cases treated at the USZ is increasing; many patients have multiple morbidities. This development requires comprehensive treatment concepts and the constant expansion of specialised knowledge. The new structure with two independent clinics for heart surgery and vascular surgery takes account of this trend. Cooperation on boards and platforms supports and promotes interdisciplinary discussion. In all, both disciplines will increase in importance, which is sensible in view of the significance already accorded to cardiovascular medicine as one of the strategic focuses of university medicine in Zurich.

About Prof. Dr. med. Alexander Zimmermann
Prof. Dr. Alexander Zimmermann studied human medicine at the Ludwig Maximilian University of Munich (LMU), Germany, the University of North Carolina, USA, and the Technical University of Munich (TUM), Germany. He completed his advanced clinical training at Klinikum rechts der Isar (the TUM university hospital) in the Surgical Clinic and Polyclinic, the Clinic for Plastic and Reconstructive Surgery and the Clinic and Polyclinic for Vascular and Endovascular Surgery as well as the ICU and Severe Burns Unit at the accident hospital in Murnau, Germany. He qualified as a specialist in vascular surgery in 2008, and also became a Fellow of the European Board of Vascular Surgery (FEBVS) with qualifications as a phlebologist, as an endovascular surgeon and specialist (DGG: Deutsche Gesellschaft für Gefäßchirurgie) and in medical quality management. PD Dr. Zimmermann also obtained the degree of Master of Health Business Administration at the Friedrich Alexander University of Erlangen-Nürnberg. Various work shadowing programs have taken him to institutions such as the University of California San Francisco, USA, the Universitetssjukhuset in Örebro, Sweden, and the Centre Hospitalier Régional Universitaire in Lille, France. In 2012, PD Dr. Zimmermann was appointed Executive Consultant at Klinikum rechts der Isar, becoming its Chief Consultant and Deputy Director in 2015. He was appointed director of the Munich Aortic Centre in 2017.