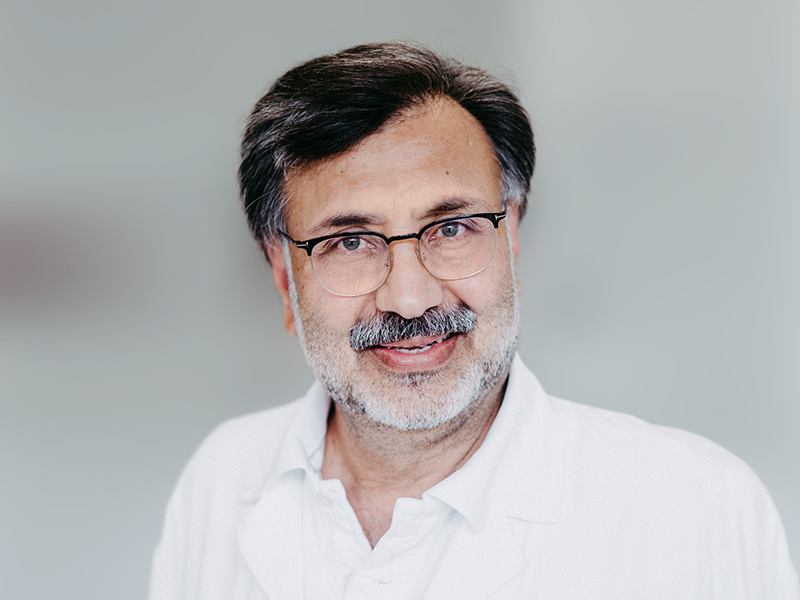 Aims: (1) To delineate the cellular and molecular mechanism(s) via which estrogen(s) induce angiogenesis and growth of cancer / tumor growth(2) To elucidate the role of microRNA in mediating the growth effects of estrogen and to identify estrogen specifc miRs/antimiRs which can inhibit both angiogenesis and cancer cell growth.

Regulation of vasculogenesis by estradiol is known to play an active role in biology and pathophysiology of carcinogenesis, including breast, uterine and ovarian cancer. Neo-vascularization plays a prominent role in supporting tumour growth/progression/metastasis. Pharmacological molecules inhibiting neovascularization are effective in treating tumour growth. Autocrine/paracrine factors are known to regulate neovascularization. Crosstalk between endothelial and breast cancer cells are known to promote angiogenesis. Endothelial and progenitor endothelial cells play an indispensable role in promoting vasculogenesis in response to changes in endogenous estradiol. It is well established that estradiol activates pathways associated with vasculogenesis. However, the molecular mechanism(s) via which estradiol mediates the effects are not clear. Evidence suggests that the vasculogenic actions of estradiol may be mediated via nuclear estrogen receptors (ER)a/ERb and/or G-protein coupled membrane-ER (GPER).

The fact that not all women are prone to estrogen induced breast cancer, suggests that effects of estradiol on capillary formation are regulated by genomic and non-genomic mechanism(s).Recent studies provide evidence that non-coding microRNAs (miRNAs) play an active role in regulating the effects of growth factors and changes in miRNA levels are associated with pathophysiology of multiple disorders.However, the contribution of non-coding microRNA (miRNA) in mediating the vasculogenic effect of estrogen remainslargely undefined. Since miRNAs have been shown to play a role in regulating cell growth and death, we hypothesize that miRNAs may play an important role in regulating the effects of estradiol on neovascularization in breast cancer. Identification of miRNAs that block or induce the effects of estradiol on vasculogenesis could serve as a marker to predict growth of estradiol sensitive tumors. More importantly they could lead to therapeutic interventions to alleviate breast cancer/tumor progression by targeting neovascularization in response to estradiol. Identification of miRNA(s) that target growth of cancer cells and neovascularization would provide optimal treatment against breast cancer.