Recent findings provide evidence that non-coding miRNAs play a key role in regulating the cellular processes associated with the biology and pathophysiology of multiple diseases. Sex hormones, estrogens and androgens play an active and important role in regulating multiple functions in women and men, respectively. Very little is known regarding the role of microRNA in mediating the biological or pathophysiological effects of sex hormones. More importantly gender differences in microRNA mediated biological actions are still unknown. Since Cardiovascular disease is a leading cause of mortality in both men and women, in this project we plan to investigate the role of microRNA in mediating the effects of sex hormones on vascular cells (endothelial cells, smooth muscle cells, progenitor cells)  that are importantly involved in vascular remodelling process associated with vaso-occlusive disease. Additionally we will investigate the the role microRNA in angiogenesis associated with embryo implantation as well as pregnancy.

Coronary artery disease is the leading cause of death in women. Estradiol prevents vascular occlusion by inhibiting SMC growth, improving endothelium-dependent relaxation, and promoting EC repair/growth by local ECs or circulating endothelial progenitor cells (EPCs).  However, the molecular mechanisms via which estrogen mediates these effects remain unclear. Evidence suggests that the vaso-protective actions of estradiol may be mediated via nuclear estrogen receptors (ER)/ER, G-protein coupled membrane-ER (GPER), or via ER-independent mechanisms involving the downstream metabolites (catechol-estrogens/ methoxy-estrogens).  However, the role and contribution of non-coding microRNA (miRNA) in mediating the growth effects of estrogen on vascular cells (SMCs, ECs) remain largely undefined. MicroRNAs have been shown to play a role in vascular remodelling processes associated with cardiovascular disease and mediate biologic actions of estradiol in cancer cells. Therefore, it is feasible that miRNAs play an important role in regulating the growth effects of estradiol and its metabolites on vascular SMCs and ECs/EPCs. The main aim of this project is to screen and identify microRNA(s) that are regulated by estrogens and androgens and to investigate their role in mediating the biologic and pathophysiologic actions in cardiovascular, reproductive, neurologic systems.

Estradiol plays an important role in regulating key reproductive processes. The biologic actions of estradiol are largely mediated via estrogen receptor, however, non-genomic and ER-independent actions are also known to play a major role. Indeed, estradiol is metabolized in the body and can induce multiple biologic actions. Importantly, environmental estrogens can interfere with estrogen actions by interacting with estrogen receptors and by modulating their metabolism thereby altering their physiologic levels and actions. We hypothesize that environmental estrogens can interfere with ERs as well as local metabolism of estradiol and  importantly influence the oviduct microenvironment which is key to the early fertilization processes such as oocyte and embryo development. These possibilities are being investigated in collaboration with Dr. Marinella Rosselli.

Estrogens are known to play a major role in the biology and pathophysiology of women’s health. Based on the conventional mechanism(s) the effects of estrogen are thought to be mediate via estrogen receptors. Much less emphasis has been put on the contribution of ER-independent mechanism(s) that may also play a critical role. Endogenous estradiol is metabolized to hyroxy- and methoxy- estradiol, moreover these metabolites are biologically active and have no binding affinity for ERs. Hence we postulate that conversion of estradiol to 2-hyrdoxyestrdaiol and 2-methoxyestradiol via the sequential actions of CYP450 and COMT plays an active role mediating the biologic actions of estradiol and may actively contribute to the effects of hormones of hormone therapy in women. Using pharmacological and molecular approaches and in vitro as well as animal models we are investigating the impact of estradiol metabolism on estrogen actions.

Another area of interest that recently developed and we are going to immediately explore is the surprise finding within our lab that in contrast to estrogen receptor alpha, which induces growth of capillary formation, the estrogen receptor beta inhibits growth of capillary formation. Because circulating adult progenitor endothelial cells have been shown to contribute to the angiogenesis process within the cancerous tumors in the breast, we hypothesize that estrogen receptor beta ligands would be effective in inhibiting tumor growth by inhibiting angiogenesis. We plan to conduct detailed in vitro studies to study the effects and mechanisms by which estrogen receptors regulate endothelial progenitor cells growth and subsequently look at their effects in various angiogenesis models both in vitro and in vivo. We will be applying for a continuation of our ONCOSUISSE grant for this project.

Decrease in estrogen levels is linked to neurodegenerative disorders however, the mechanisms involved remain unclear. Since glial cell activation and neuronal cell death is a hallmark for multiple neurodegenerative disorder, we hypothesize that estrogens may interfere with these processes to induce beneficial actions. Using cultured microglial cell and neuronal cells, our main goal in this project is to assess the relative role of estrogen receptors and the estradiol metabolites in regulating glial cell growth, activation–induced phagocytosis and neuronal death.  (Part of PhD thesis work)

Estradiol protects against vaso-occlusive disorders by improving endothelium dependent relaxation, inducing endothelial and progenitor endothelial cell growth, and inhibiting SMC growth, however, the molecular mechanisms via which it mediates these effects remains unclear. Evidence suggests that the vasoprotective actions of estradiol may be mediated via nuclear estrogen receptors (ER) / ER or via ER-independent mechanism involving the downstream metabolites of estradiol (catecholestrogen / methoxyestrogens). However, the role of the newly discovered G-protein coupled membrane ER (GPER) in contributing the vasoprotective actions of estradiol and its endogenous metabolites remains unknown. The GPER has been shown to mediate the biologic actions (growth) of estradiol in cancer cells, moreover, it has been shown to be present in vascular cells. Hence, it is feasible that GPER plays an important role in mediating the anti-vasoocclusive actions of estradiol. Hence the main aim of this project is to assess the role of GPER in regulating endothelial and SMC growth and function. Because, vascular (local) endothelial cells and progenitor endothelial cells (EPCs; bone marrow derived) protect against vascular damage, we will assess the role of GPER in regulating their growth and function. Since the abnormal growth of SMCs and progenitor derived-SMCs contributes to neointima formation we will investigate the role of GPER in regulating their growth.

To assess whether estrogen promotes EPC generation and whether increased EPC numbers may serve as markers for embryo implantation.

Estrogen importantly contributes to the reproductive process. Because, estrogen can promote angiogenesis it is feasible that increases in estrogen may activate cells that participate in this process. In this regard estradiol induced EPCs may play a vital role. Because, embryo implantation is a process similar to angiogenesis, we hypothesize that increased EPCs within the circulation may serve as a marker for embryo implantation, whereas, lack of increase in EPC may predict abortion. To assess this we will collect blood from women undergoing IVF treatment and monitor the changes in EPC numbers at different times. Subsequently we will assess whether there is an association between EPC, estrogen and embryo implantation. (Work being done by Isabella Baruscotti in collaboration with Dr. Ruth Stiller).

Sex Hormones, play a key role in directly modulating adult stem cell induced tissue repair & regeneration following myocardial infarction, moreover, decreases in estrogen & androgen levels in ageing men & women may be associated with decreased potential for stem cell mediated repair of cardiovascular tissue. Since patients receiving stem cells for cardiovascular repair are older, low endogenous levels of sex hormones would decrease the potential of stem cell mediated tissue repair. In this project we will assess the effects of sex steroids on progenitor cells which contribute to cardiovascular repair and delineate the underlining mechanism(s). Our findings will help optimize protocols for stem cell therapy in clinics. (Under Swiss-Romanian Scientific Collaboration for Education and Research. This work will in part be conducted with Dr. Maya Simionescu at the Institute of Cellular Biology and Pathology “Nicolae Simionescu”, Bucharest, Romania)

Activation of second messengers like cyclic AMP play a key role in mediating the biologic actions of sex steroids. Because, cyclic AMP is rapidly metabolized to adenosine, a nucleoside also known as a “retaliatory” metabolite within the heart, which has several anti-vasoocclusive and cardioprotective properties. It is feasible that it may play an important role in mediating the effects of sex steroids on the cardiovascular remodelling process. The main aim of our project is to identify which adenosine receptor mediates the protective effects of adenosine on the cardiovascular system and the underlying mechanisms. Our current focus is to elucidate the biochemical and molecular mechanism(s) via which these effects are mediated and to develop A2B receptor analogs that could be developed into potential drugs to protect against diseases associated with cardiovascular disorders.
(In collaboration with Prof. Edwin K Jackson, USA and Dr. Juergen Fingerle Hoffman La Roche, Basel)

Cyclic AMP is an important second messenger that mediates the actions of hormones. Recently we have identified a new pathway which is called the “Extracellular cAMP-Adenosine Pathway” which is responsible for the conversion of extracellular cAMP to adenosine and subsequently triggers the biologic actions by activating adenosine receptors. Together with the collaborators in University of Pittsburgh, Pittsburgh, USA, we are investigating its biologicand physiologic role in the cardiovascular, renal and reproductive system. 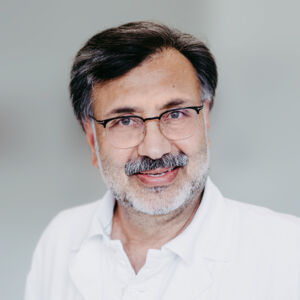