With one registration you book all three course days.

The course has a long tradition, which goes back to 2008 when it was established in its actual form as one of the first courses on this topic in Europe. The link between white matter microdissection and Zürich is however way older. It dates back to the late forties’ when Professor Yaşargil, the founder of modern neurosurgery but to that time still a young assistant of Prof Hugo Krayenbühl, used to attend the anatomical Lab of Prof.Ludwig in Basel. There he regularly met with Mr Klingler, from whom he could learn the finest details of the three dimensional architecture of the white matter. The deep understanding of the relation between pathologic lesions and white matter tracts, combined with development of microneurosurgery and the refinement of cisternal navigation as a mean of atraumatic exploration of the brain made of Professor Yaşargil a legend of neurosurgery and of Zurich a unique place for neurosurgery.

Since those early times, thousands of neurosurgeons visited Zurich from all over the world to learn high end neurosurgical techniques. Be part of it and visit us at the Zürich White Matter Microdissection Course.

Welcome to Zurich, where everything began…!

The history of the developments and discoveries, which made possible our actual knowledge about macroscopic brain white matter anatomy, is very rich. Several prominent philosopher and scientist contributed to it: Galenus, Piccolomini, Malpighi, Varolio, Willis, Steno, Vieussens, Vicq d’Azyr, Reil, Gall, Burdach, Meynert, Mayo, Arnold, Foville, Gratiolet to name only some of them.

The XIXth century saw however a radical shift of focus. The interest of most of the scientific community moved from the macro- to the microscopic anatomy of human brain white matter so that in the XXth century white matter dissection technique was mostly adopted for didactic purpose only. In the thirties Mr Klingler, anatomical demonstrator at the anatomical lab of Prof Ludwig in Basel, developed a particular interest and talent for white matter dissection. His purpose was that to provide the students of the university of Basel with three dimensional models which could “relieve the students of the labor of mentally reconstructing structures, after the observation of numerous sections, a task which is only too often unsuccessful”. He also slightly modified the specimen preparation protocol by routinely freezing brain specimen, a detail that he took from his period in Wien, from the anatomical Lab of Prof Pernkopf.
The talent of Mr Klingler resulted in a remarkable atlas of white matter fibers dissection: the “Atlas cerebri humani”, at now still unsurpassed for what concerns details and perfection of execution. Several students could profit from the talent of Mr Klingler, among those, the young Professor Yaşargil who attended the Lab of Prof Ludwig from a 3 months period in the 40’s, and then regularly thereafter kept on visiting Mr Klingler to show him his improvements in the dissection technique, getting as a rule the answer: “you are getting better…”.

In the second half of the XXth century the technique fell in oblivion, and few studies only appeared in the medical literature. In the 90’s, one of the several young fellows neurosurgeons visiting Professor Yaşargil in Zurich got caught by the beauty and perfection of the dissected specimens that Professor Yaşargil was keeping in his office. On suggestion of Professor Yaşargil he then visited the anatomic museum of Basel to admire the original specimens of Mr Klingler. That young fellow, now Professor Uǧur Türe, published then in 2000 a paper illustrating step by step how to perform the lateral dissection of a brain specimen. That paper represents a milestone in the history of white matter dissection, and it reawakened enormously the interest of the scientific community on the topic.

Professor Niklaus Krayenbühl then learnt the technique from Prof Yaşargil himself and from Professor Türe and founded in 2008 the course revitalizing the tradition of white matter dissection in Zurich and in Europe. 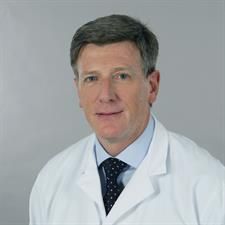 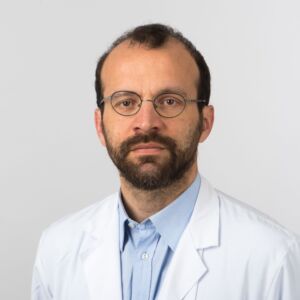